We did not find a
Property Tracker® account for


You'll be prompted to sign up
on the next screen.


You'll be prompted to login
on the next screen.

Thank you for signing up.

You may now use Property Tracker ®

Property Tracker features have been disabled during the preview.

An immigrant from Denmark, Johan Poulsen arrived in the United States in 1870.  He met and married Dora Schnan in 1873 in Iowa.  The couple then made their way to Oregon in 1876 where he found work in the lumber industry.  While working for a lumber operation, he met Robert D. Inman and joined forces to establish the Inman-Poulsen Lumber Company in 1890.

Their company had a sawmill on the east side of the Willamette River at Clinton Street.  The sawmill dock could accommodate two oceangoing ships at a time.  The lumber company was the largest in Oregon and employed 700 people. The large lumber mill had a conveyor belt piling sawdust, which went to a Portland General Electric plant located next door.

In 1892, this grand Queen Anne-style Victorian home was built for Mr. Poulsen.  Although the architect of the home remains unknown, the house is a major example of Queen Anne architecture in Portland.

He and his wife reportedly never lived in the house and rather rented the house out for the few years that he owned it.

Mr. Inman erected a matching Queen Anne on the same east bluff overlooking the Willamette River. Inman, however, lived in his mansion.

Just two years after completion, Mr. Poulsen sold the home to Arthur Zwicker for $7,500. Rumor has it that the home was sold because Dora Poulsen, Mr. Poulsen’s wife, did not like the home.  Others suspect it was sold because of financial issues relating to the economic depression known as the “Panic of 1893”.

Purchased by William J. Clemens, a prominent insurance broker and State Senator. Mr. Clemens lived there until his death in 1919.

The Poulsen mansion was bought in 1919 by a successful local bakery owner A. A. Hoover, aka "The Doughnut King," and was known as the "King's Castle" or "The King's Palace." Luxury features include three carved oak fireplaces, crystal light fixtures and tooled brass doorknobs.

There was a ballroom on the top level and servant quarters tucked in the ground floor of the turret. The tower drew in natural light through a Palladian window, two lead glass oriel windows and beveled, lead glass windows.

Purchased by Dr. Gustav Huthman where he and his family lived from 1923 to 1946. Dr. Huthman is notable for establishing the Rose City Veterinary Hospital.  The Huthman family added the two-car garage and large retaining wall in 1926. The two-car garage is connected to the house via tunnel.

The home is converted to a boarding house.

In the 1950s, long after both men had died and their company sold to Georgia-Pacific, Inman's house was torn down to make way for a parking lot.

One of the first historic homes in Portland to be designated a local landmark by the Portland Landmarks Commission.

James F. Nevin purchased the house in approximately 1976 and began restoring it. The house was surveyed by the Portland Historical Landmarks Commission on October 3, 1973, and was added to the National Register of Historic Places on March 14, 1977. 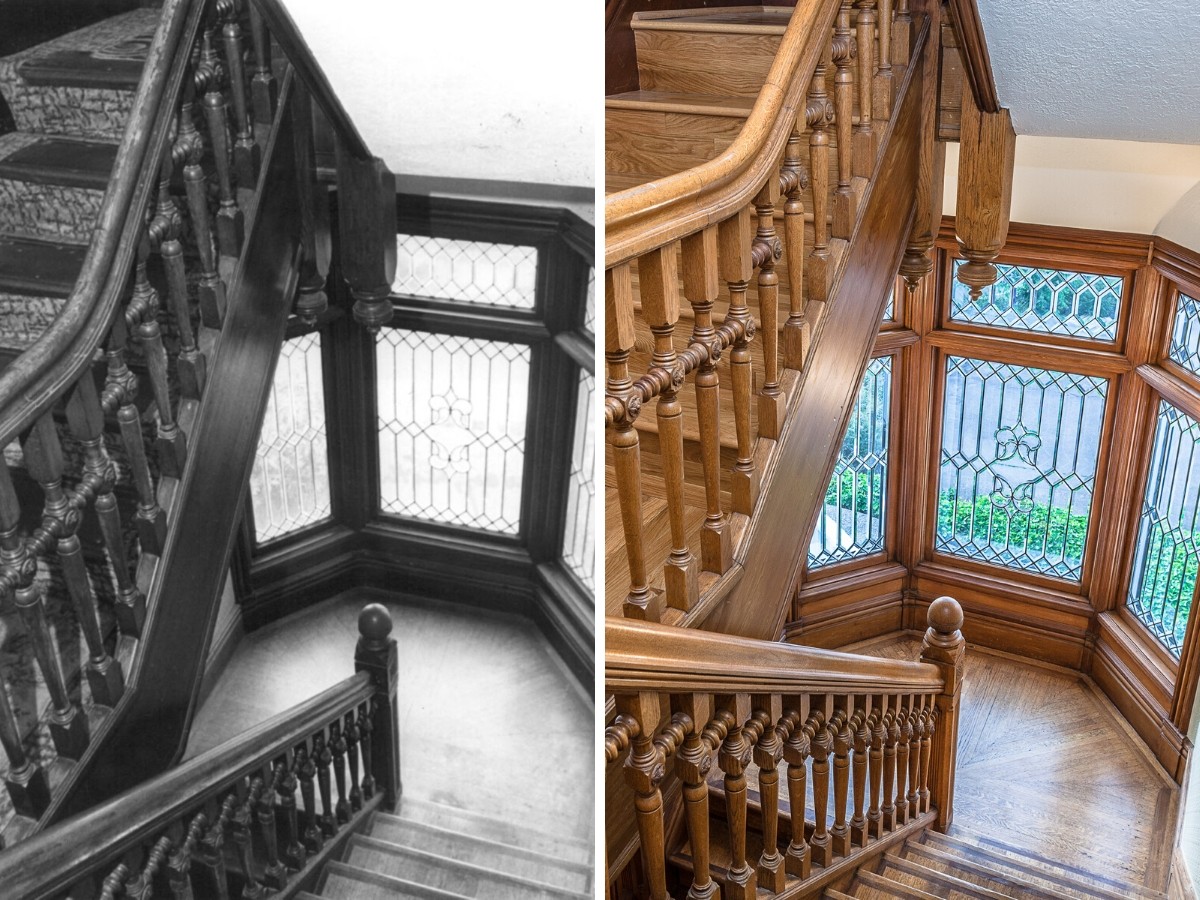 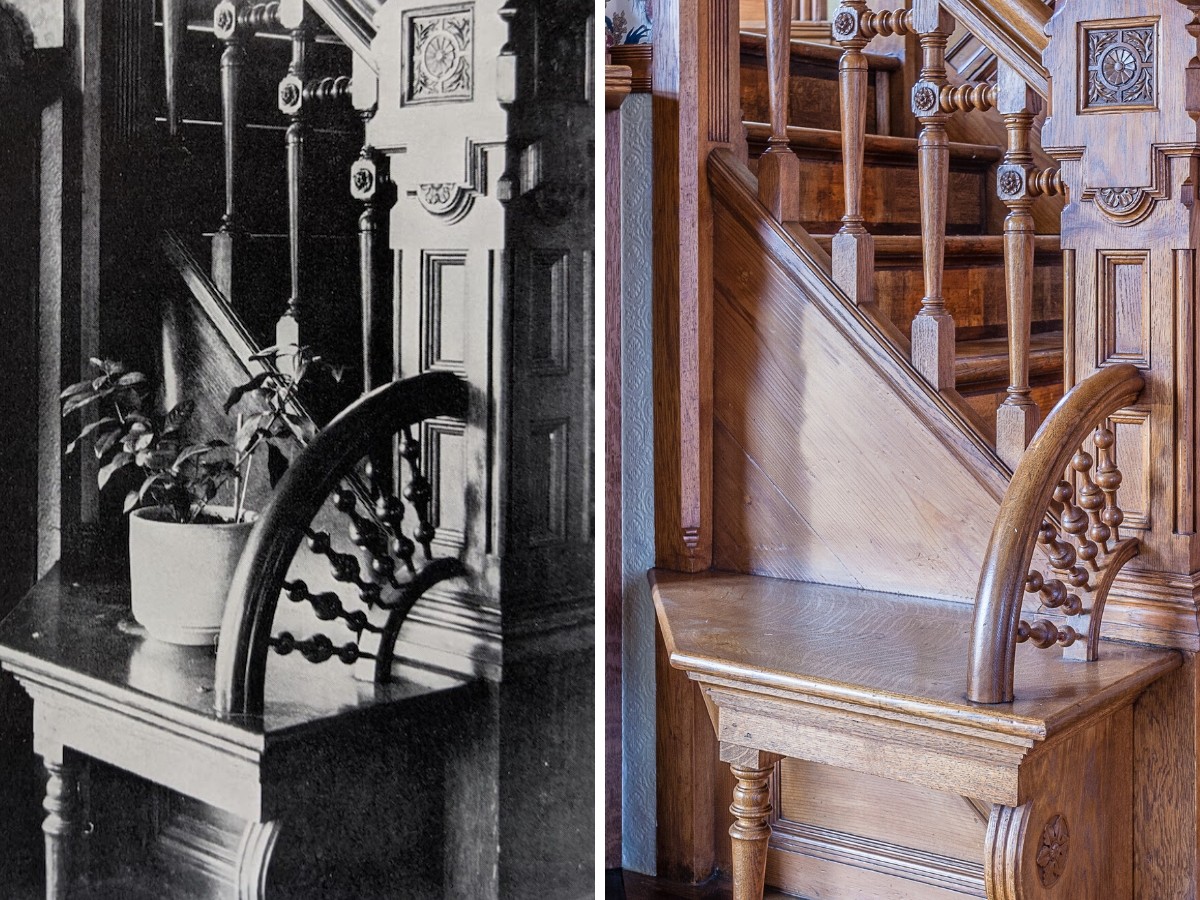 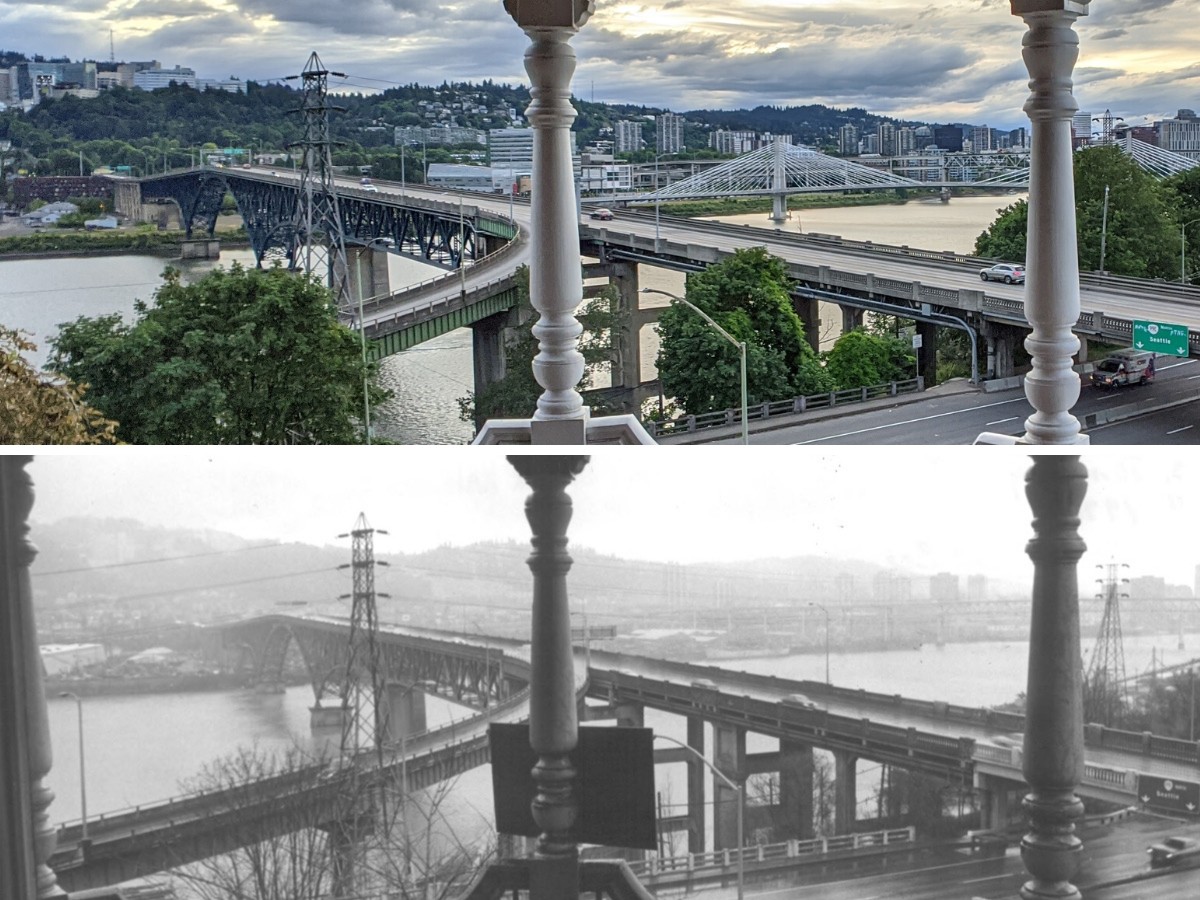 View of downtown from terrace 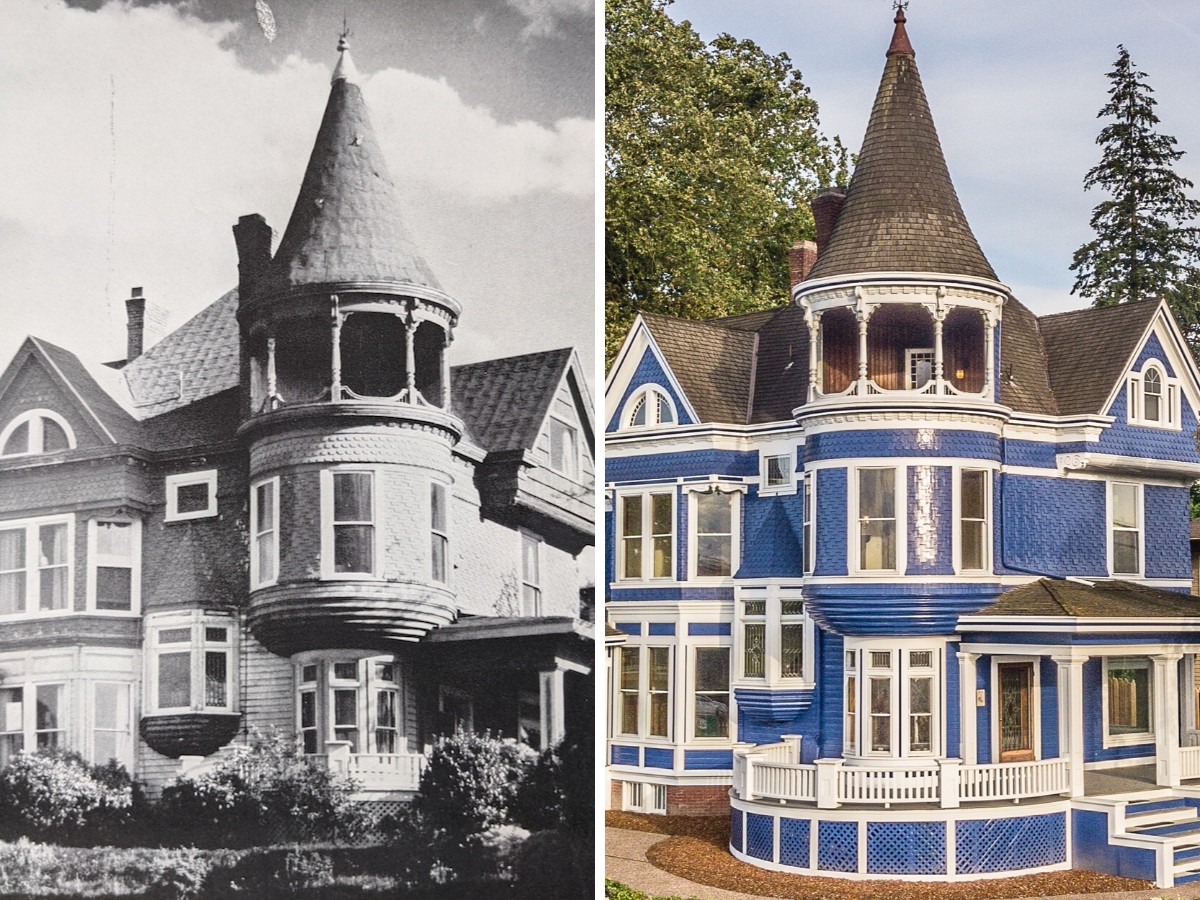 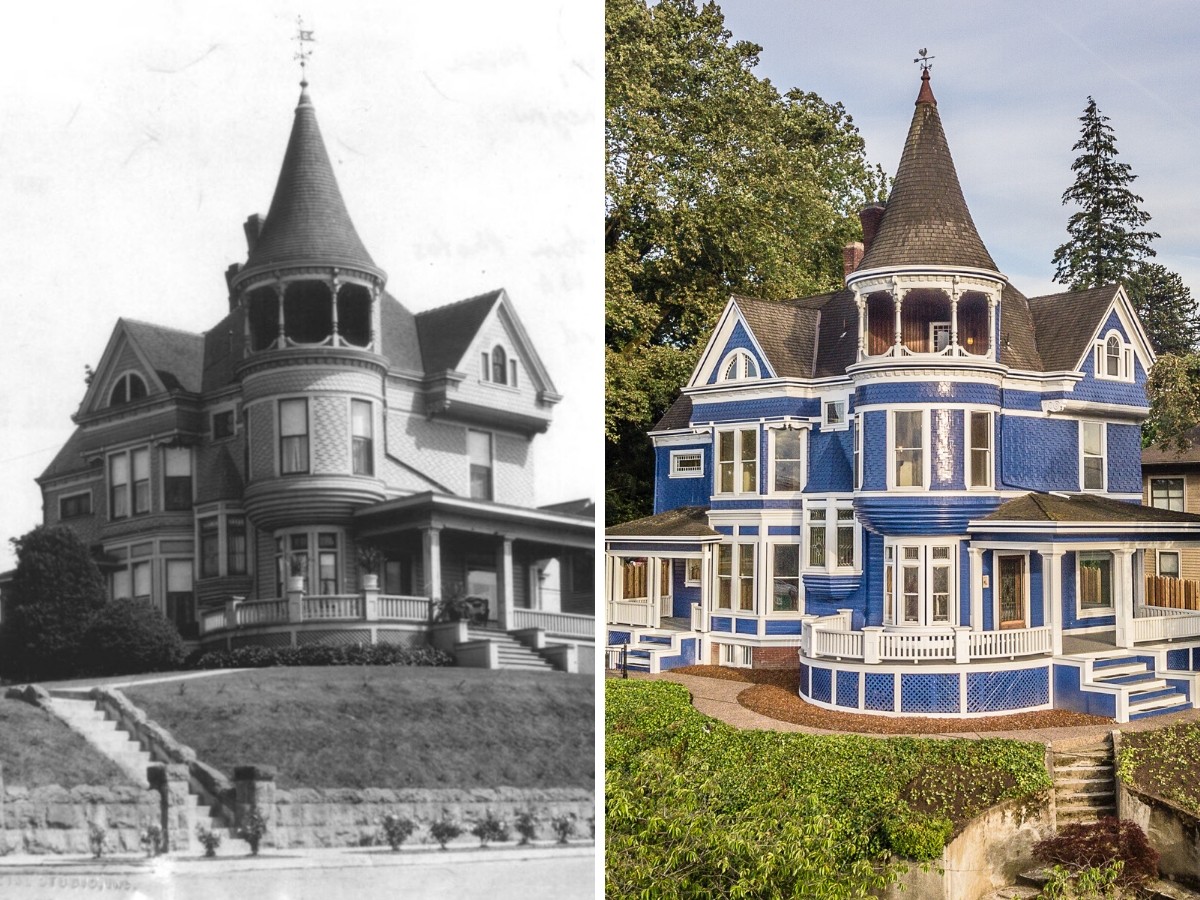 The following photos have been acquired by photographing and photocopying clippings and prints found at the residence. As such, we are unable in some cases to identify the date of the photo or identify the photograph so that due credit may be given. We acknowledge that they are reproductions of others' work and do not take credit for any materials presented herein. 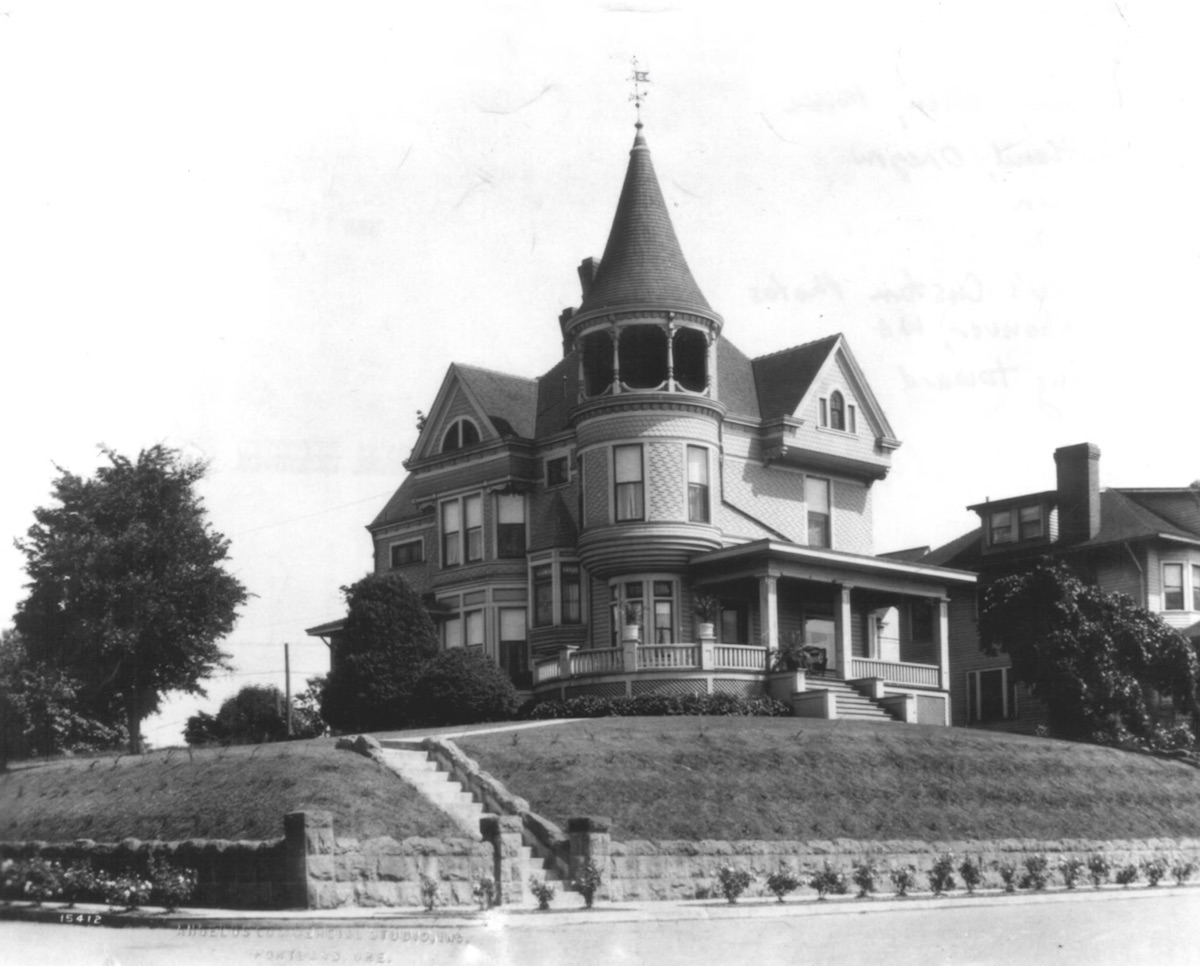 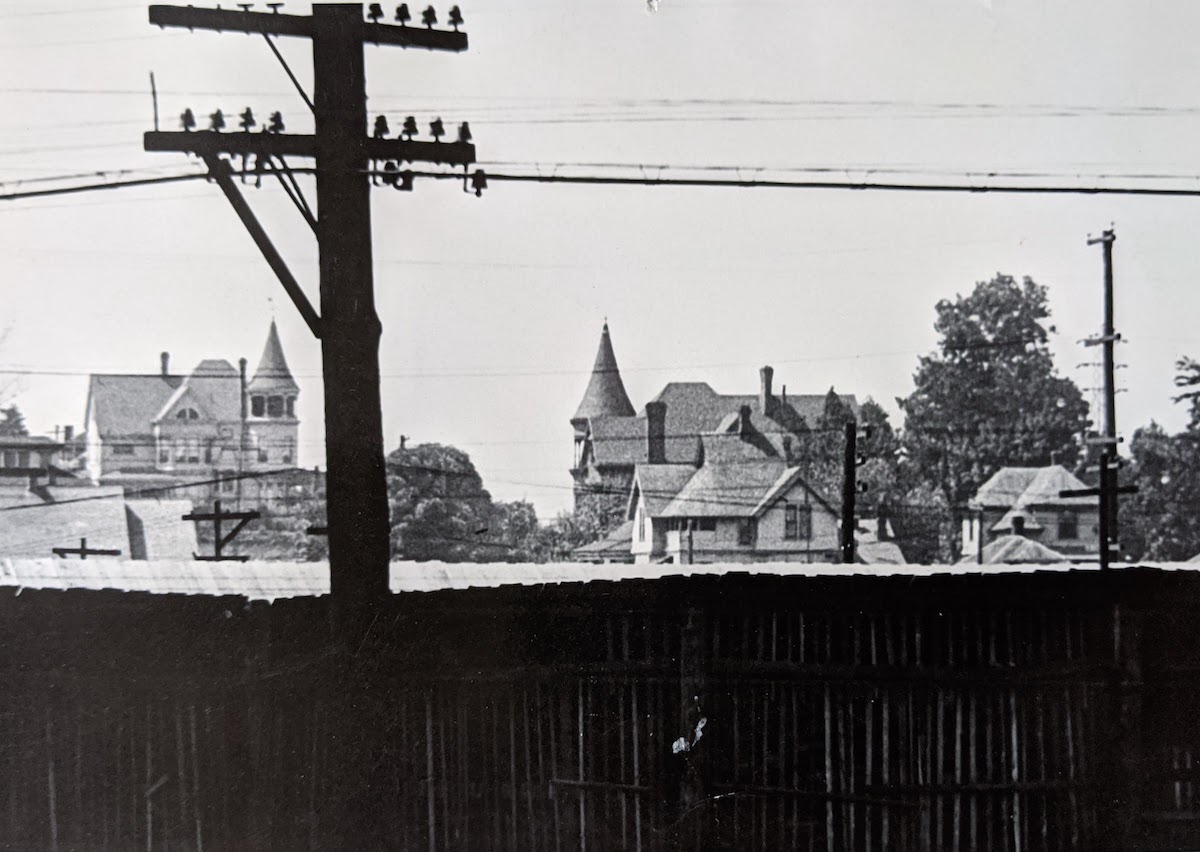 The Poulsen House and The Inman House, pre-1956, photographer unknown 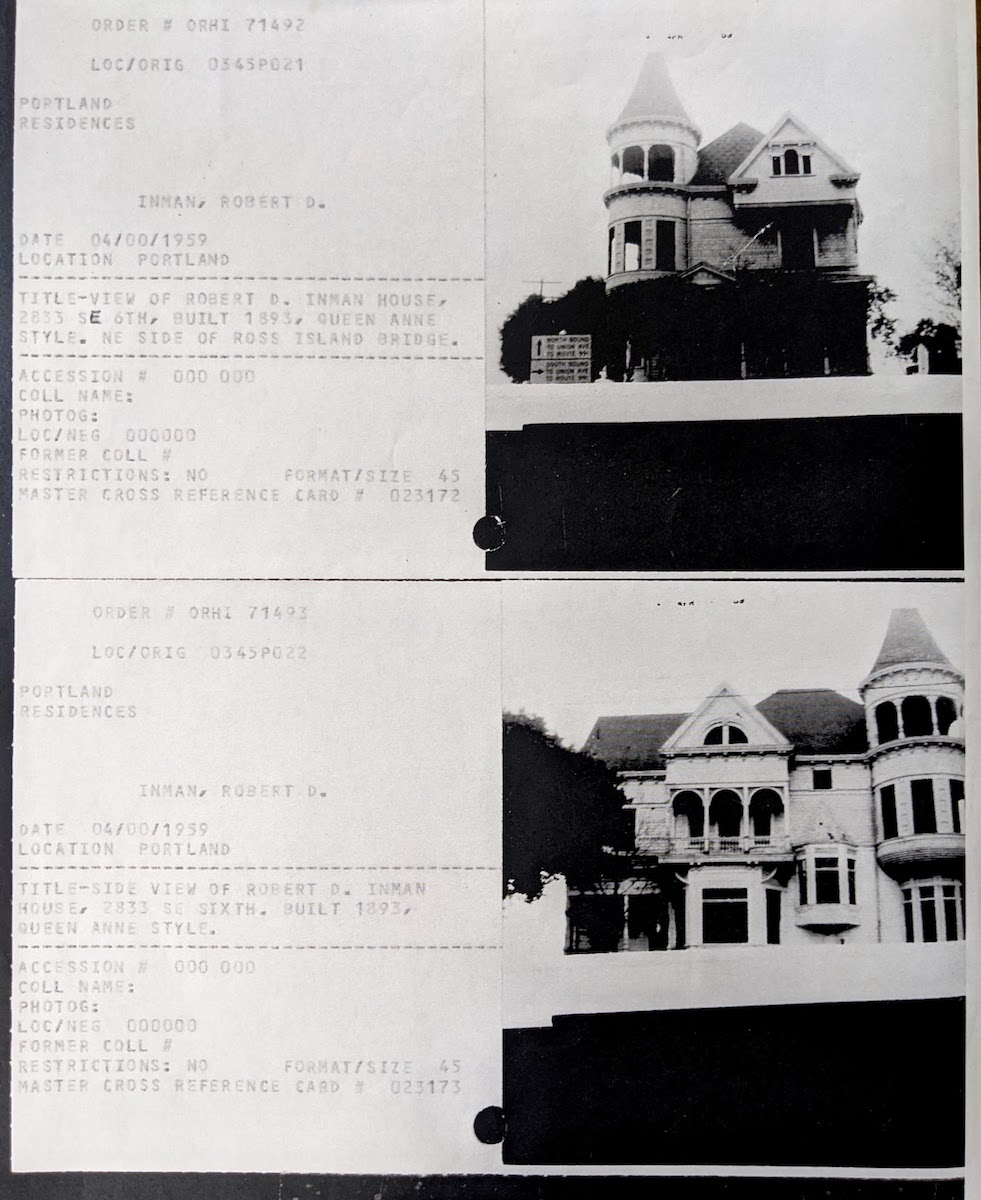 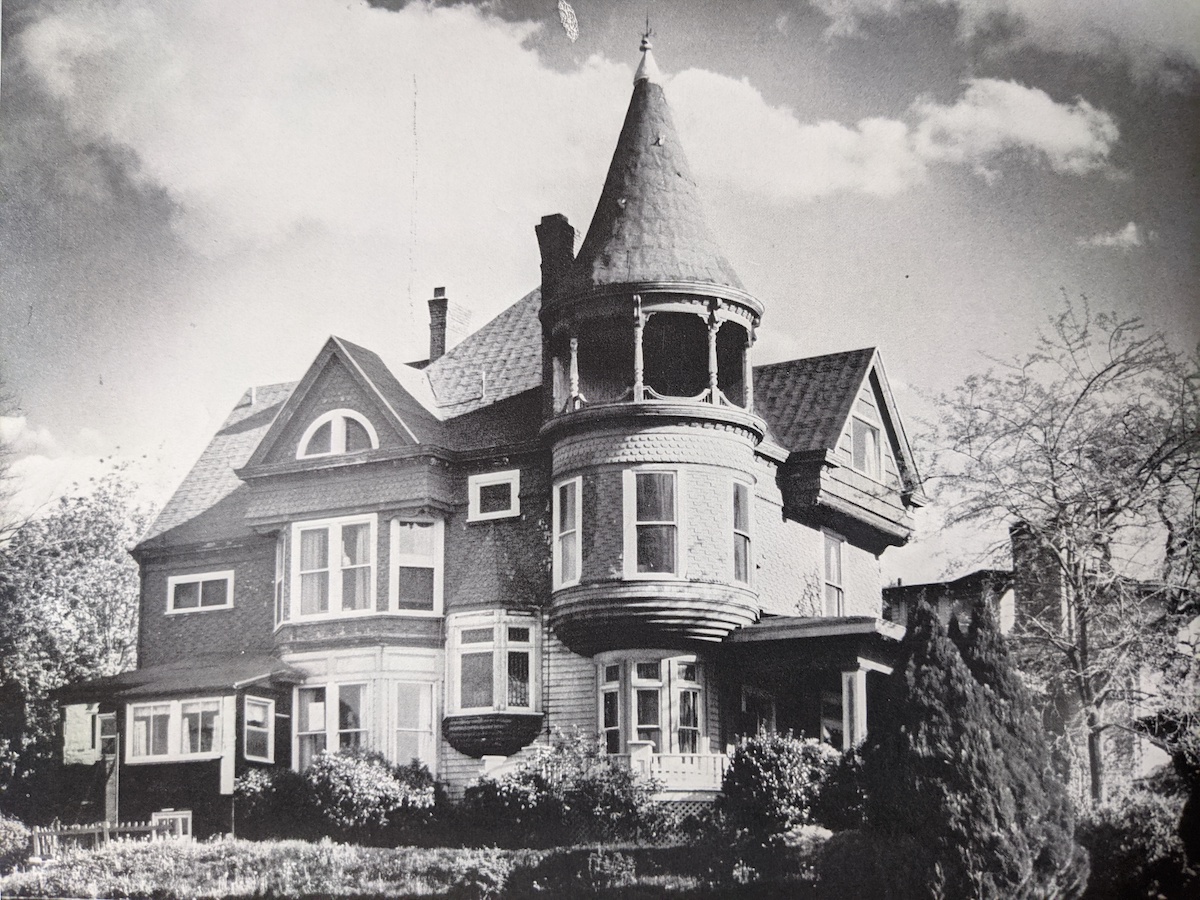 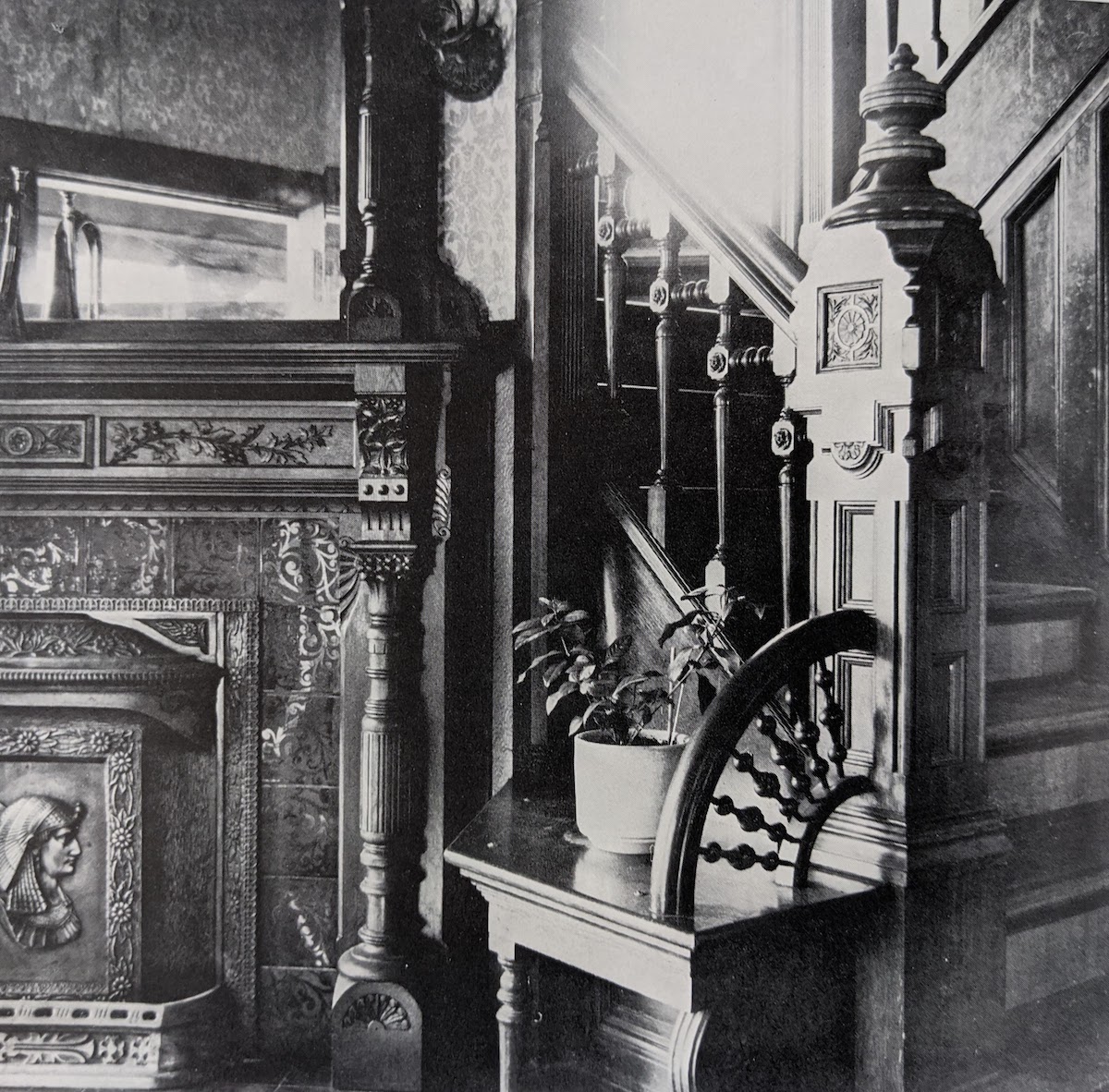 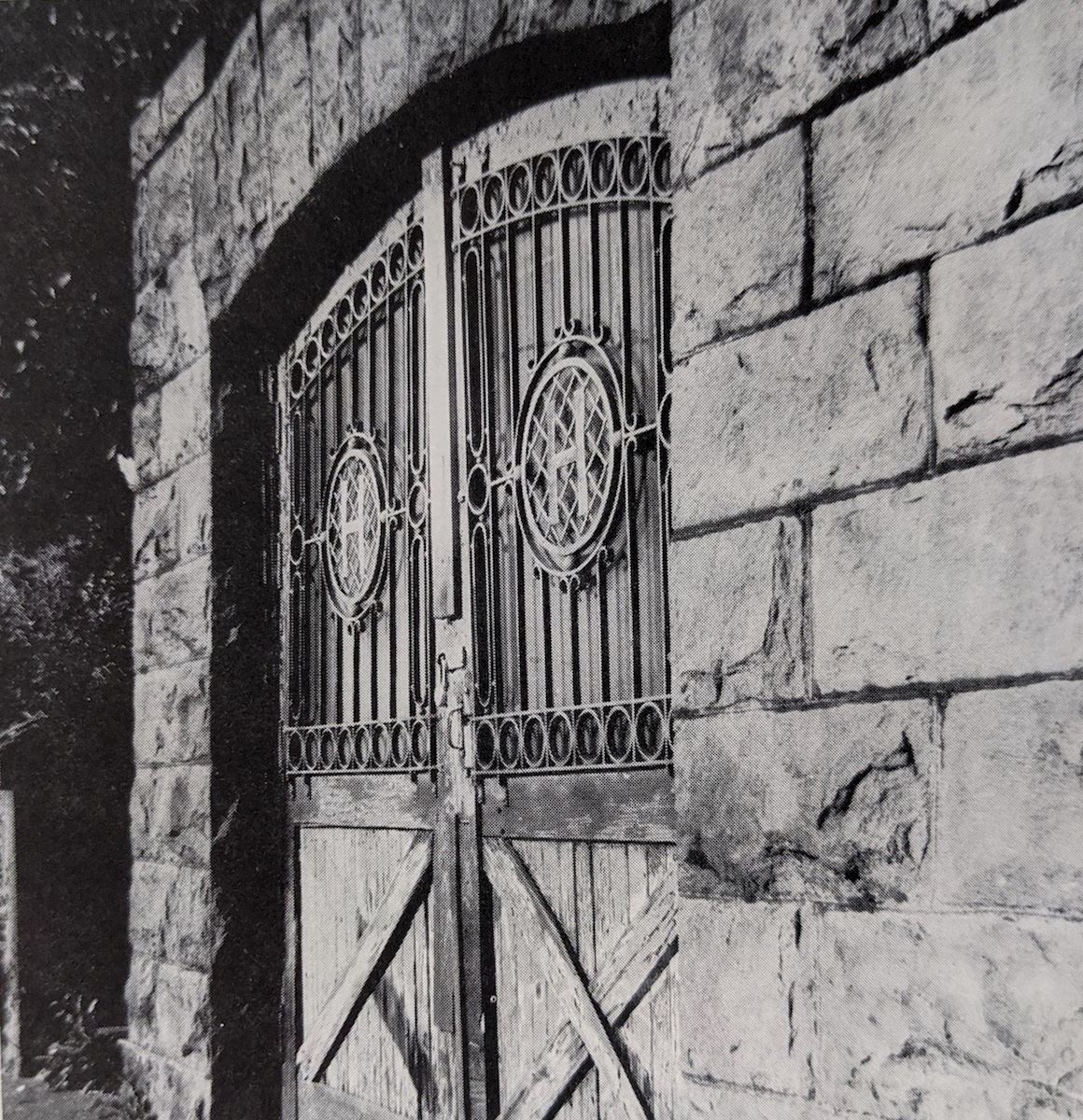 The Carriage House with gates, circa 1970, photographer unknown 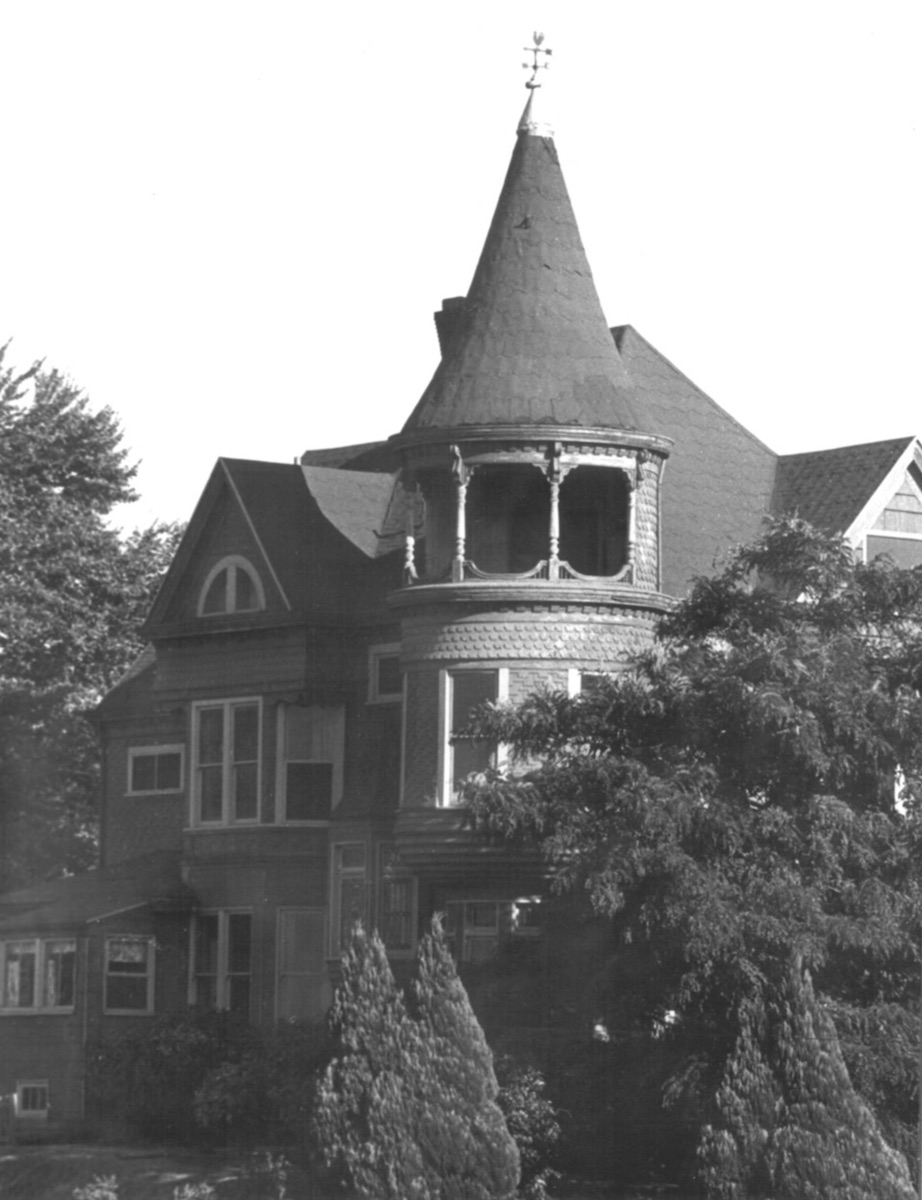 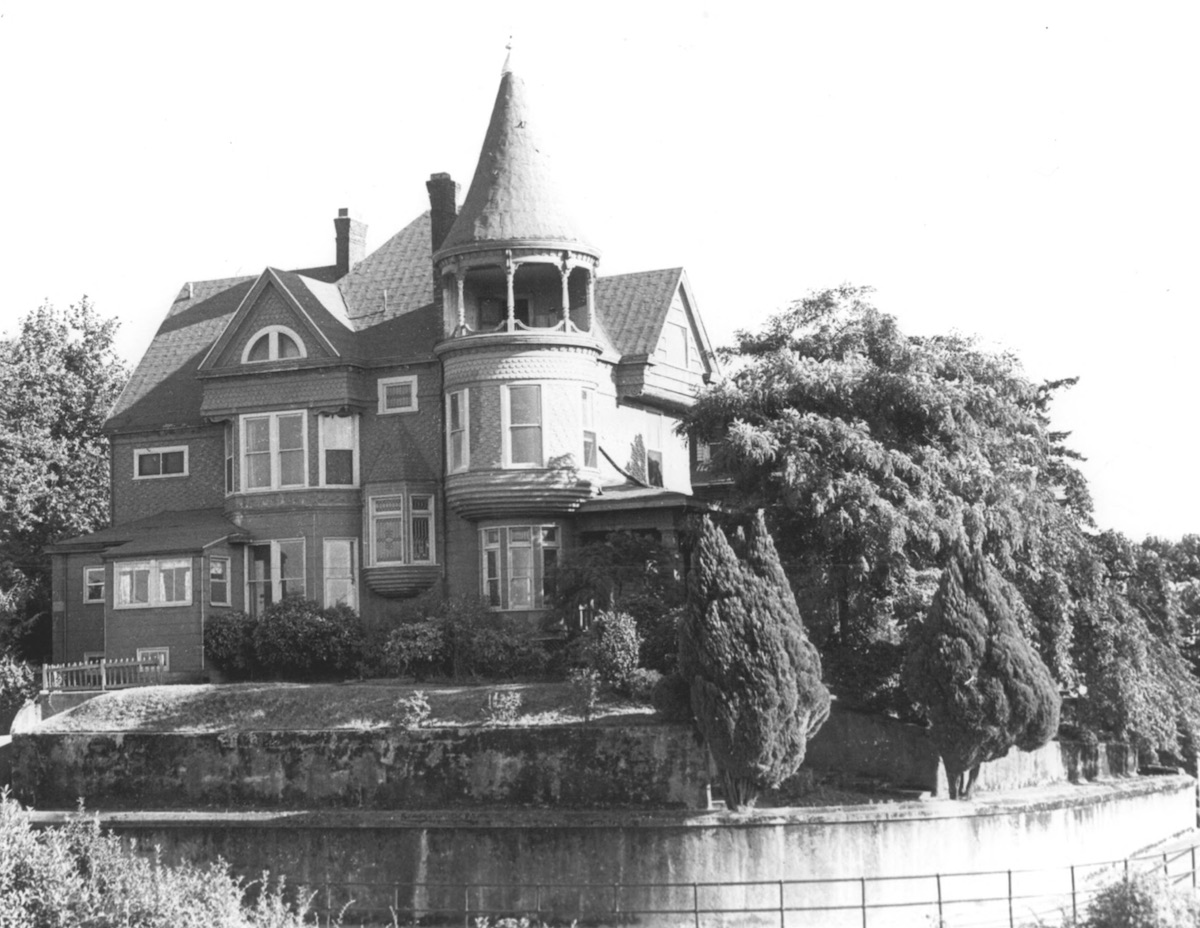 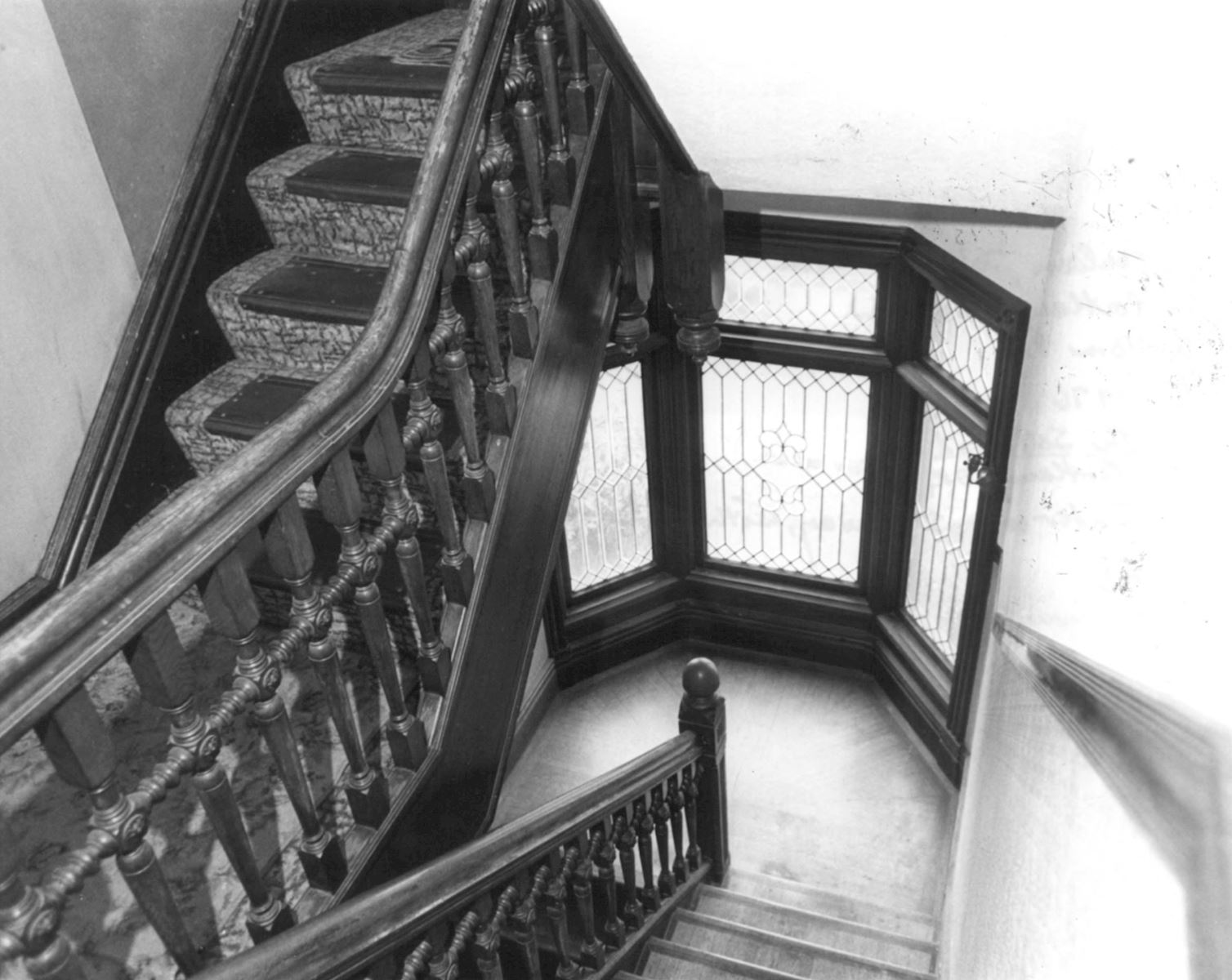 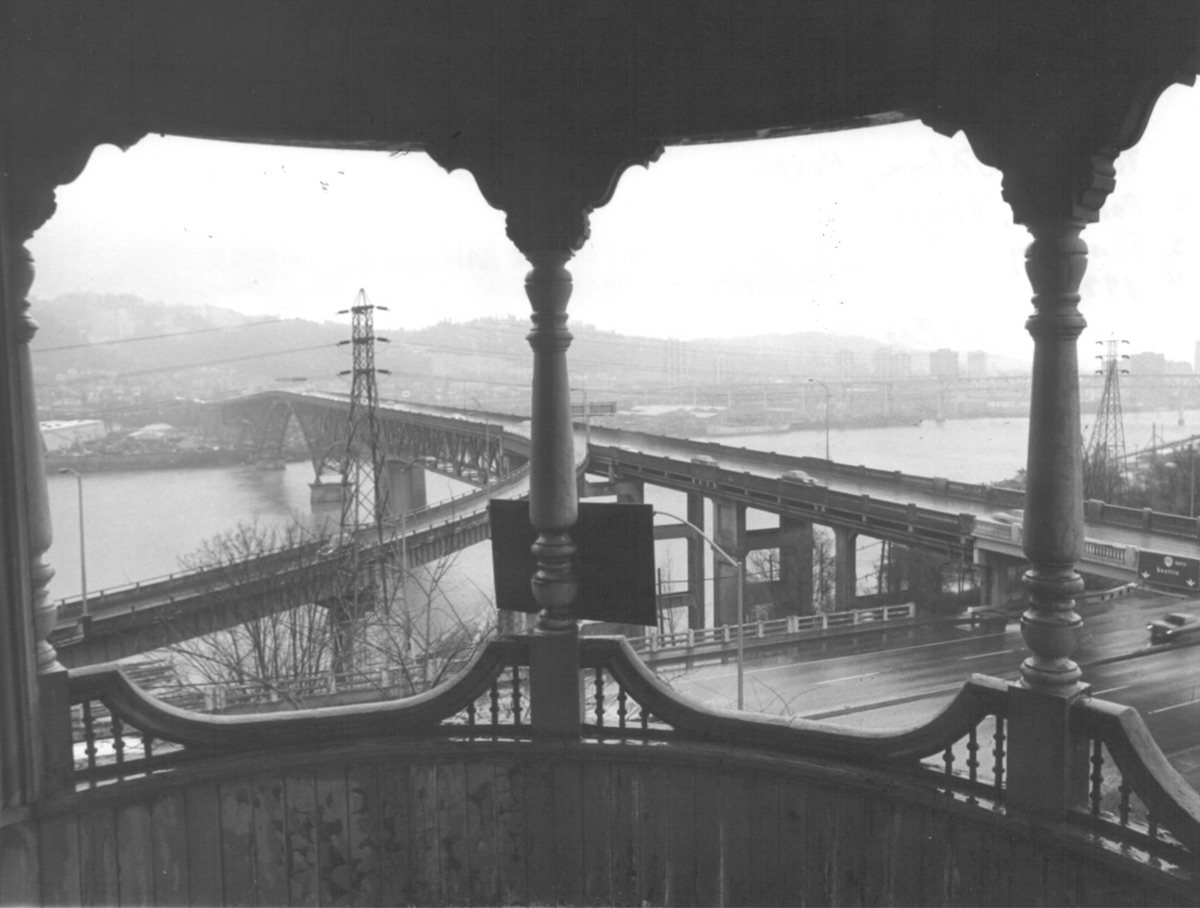 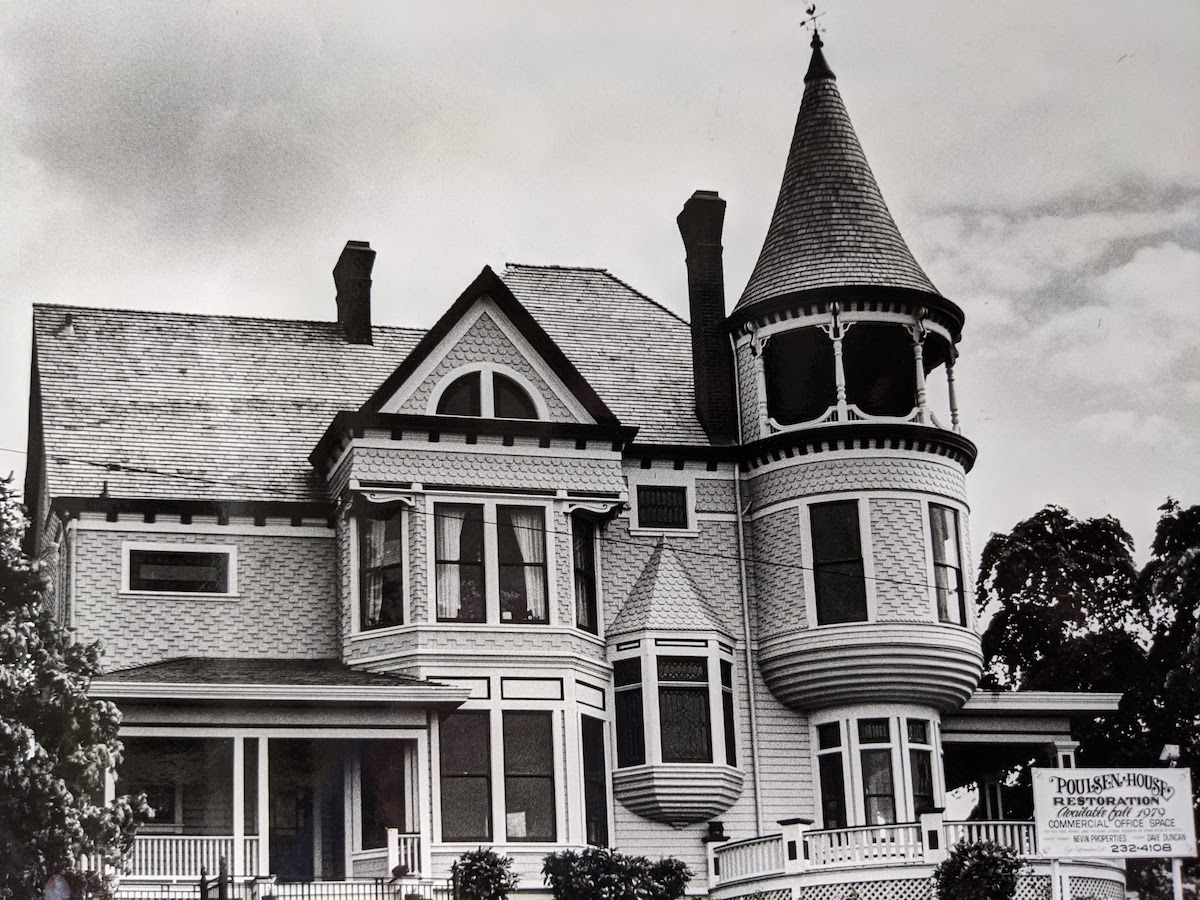 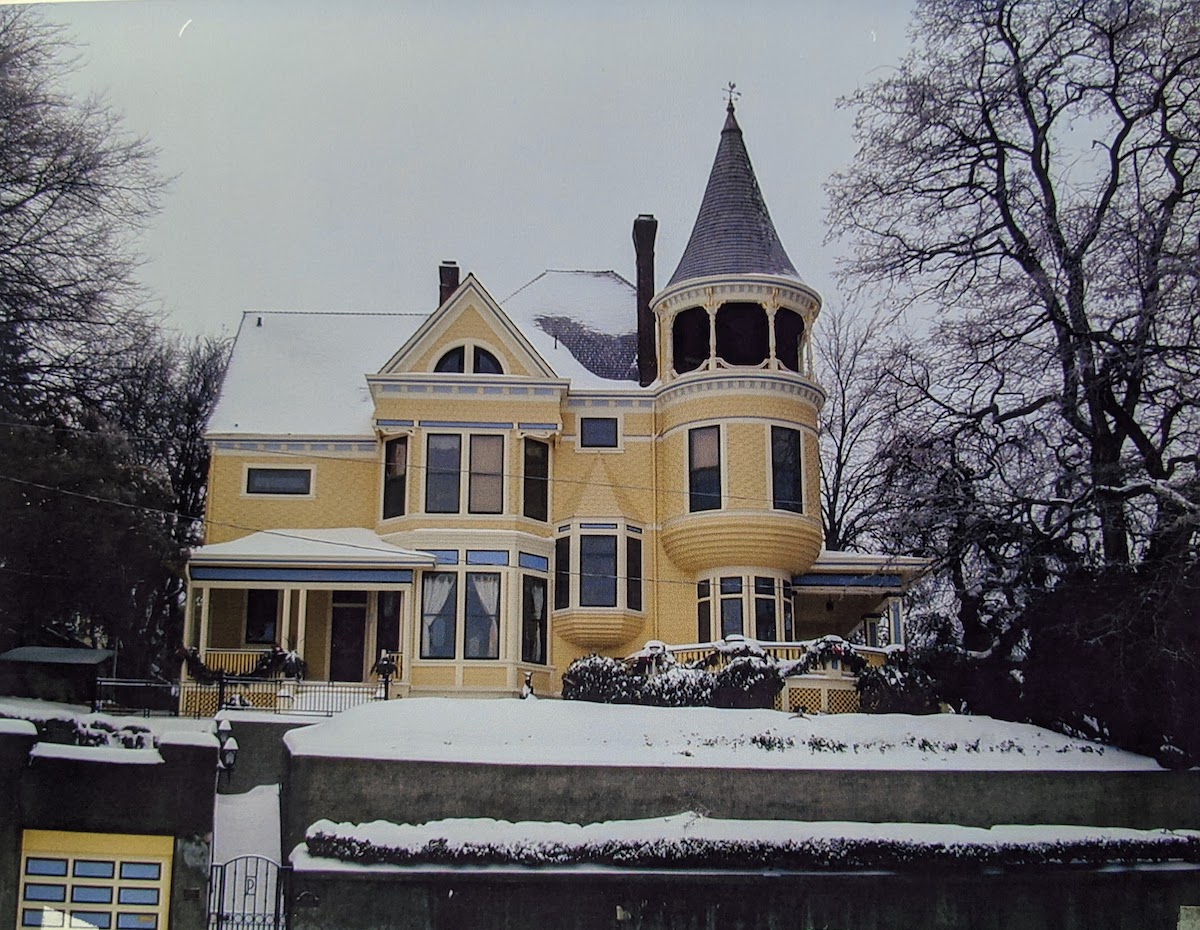 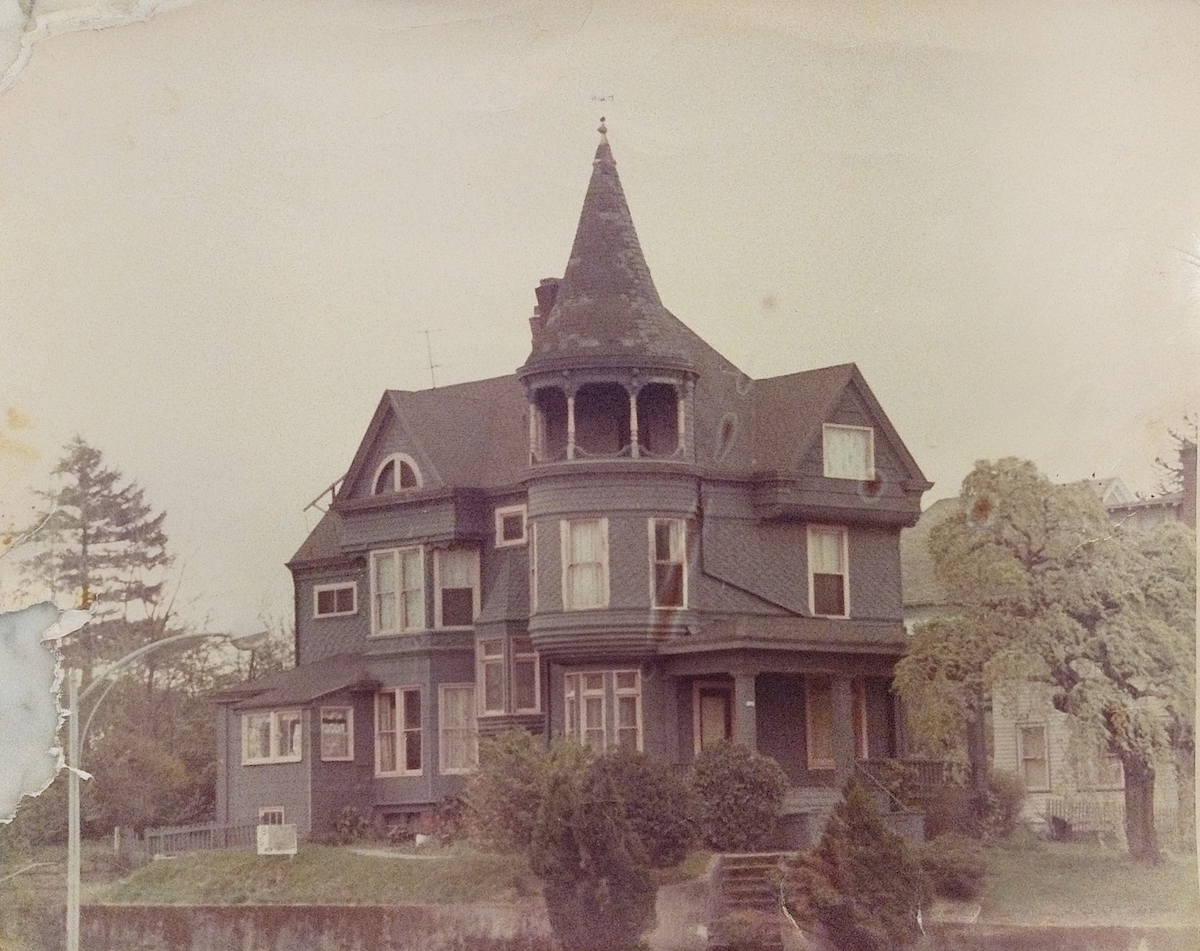